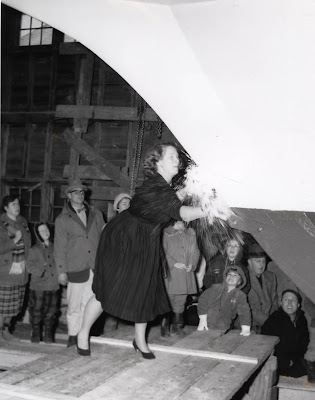 50 years ago today Mary Day slid out of the shed at the Harvey F. Gamage

Shipyard in South Bristol, Maine marking the beginning of a whole new chapter in the history of the windjammer fleet. The Gamage yard had not launched a schooner since 1933 and Mary Day was the first commercial coasting schooner launched since 1938. That also makes her the first commercial coasting schooner launched in the second half of the 20th century and the first schooner ever launched for the windjammer passenger trade. There may be a few more firsts in there but that doesn’t really matter. 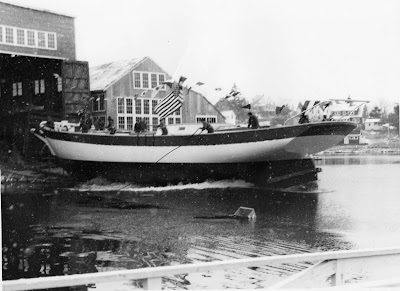 What is most important about this celebration is the fact that Mary Day was launched today and began her career touching the lives of thousands of people. This schooner was built by people, for people and has never done anything else but bring joy to peoples lives. She has become a legendary windjammer here along the Maine coast as part of the largest fleet of commercial coasting schooners in the world.

As Jen and I reflect on our almost 20 years of sailing in Mary Day we cannot think of a better way to have spent our time. We can’t begin to sum up all of the joys, the challenges, the moments of inspiration, the unfathomable quality of life that you all have given us. This isn’t our schooner. This schooner belongs to every captain,mate, deckhand, cook, guest and lover of the Maine windjammer fleet. Were it not for Frank Swift’s original vision of schooners finding a new purpose building Mary Day might never have been necessary. We stand humbly in the shadows of all of those who have come before us, who literally paved the way. 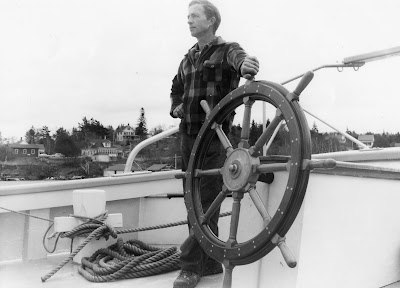 Thanks to everyone who has been such an amazing part of our lives. Where ever you may be please raise a toast to a very special schooner, Mary Day.
Be well. Do good.
Have a great day. Be well. Do good.